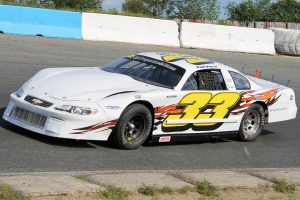 This year, the Autumn Colours Classic – presented by Lucas Oil Products – at Peterborough Speedway celebrates its 25th anniversary. Even though Ontario’s premier auto racing event has been around for a quarter of a century, each year there are still teams who’ll be making their first career start in the prestigious race.

With a wealth of experience at the venue known as Canada’s Toughest 3rd of a Mile Paved Oval, Paul Pierik had never turned a lap in the season-ending Autumn Colours event. In just a couple of weeks, that statistic will change in a big way as the 51 year-old from Hastings, Ontario will unload his Eastern Ontario Legends machine as well as the #33 Organics & Glass Late Model for the show billed as the Super Bowl of Stock Car Racing.

Since concluding the 2017 regular season just outside the top 15 in the final Battlefield Equipment Rental 4Fun point standings, Chris Tubman has been counting the days leading-up to his debut at the year’s biggest post-season event at Canada’s Toughest 3rd of a Mile Paved Oval. The 38 year-old, who currently resides in Norwood, Ontario – but grew-up in Peterborough – did well during the schedule that just wrapped-up and is looking forward to his maiden voyage at Autumn Colours.

His #72 Organics & Glass Late Model carried a yellow stripe on its rear bumper since the opening night of Peterborough Speedway’s regular season. Even though he finished 5th in the final point standings, Steve Powell wasn’t just a rookie in the track’s top class. 2017 was his first year of racing in any format. The 41 year-old – who is originally from Millbrook, but now makes his home in Norwood, Ontario – had some of the best in the business, including Derek and Dave Lynch to help guide his way. Powell – who owns and operates Custom Mobile Wash – will look to add a new experience to his resume, with his first career Autumn Colours Classic start. 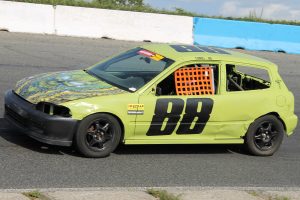 There will be a smattering of first-time ACC runners throughout the weekend, including 2017 feature event winner Rob Crick, Corey Strawn, Jassen Whyte, Mike Feeney and others in a 4Fun field that saw nearly 40 different drivers start at least 1 main event. Like Pierik, Cory Richardson will also make his Autumn Colours Classic debut in the Eastern Ontario Legends Series events.

Full schedule details can be found by selecting the ‘Autumn Colours’ tab at www.peterboroughspeedway.com, liking the track’s Facebook page or following it on Twitter.