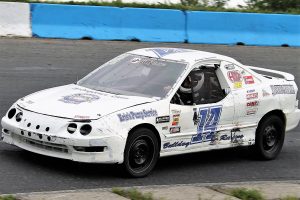 It promises to be an amazing night of racing…for all the marbles.

Saturday, September 2nd the 5 weekly classes at Peterborough Speedway; plus, the Ontario Modifieds Racing Series will decide the 2017 titles during the Championship Clash, at Canada’s Toughest 3rd of a Mile Paved Oval. An incredible regular schedule of action will see its final curtain as the 50th Anniversary Season comes to a close.

Battlefield Equipment Rental 4Fun teams will do their best to prevent current point leader Jeremy Kelly from pushing his #80 machine to a second straight crown. Jiffy Lube Mini Stock point leader Noel Snow hopes to claim a first career honour, as will Tim Burke in the Trent Lakes Complete Plumbing Renegade Truck pack. Anthony DiBello wants a spot at the top of the Thunder Car heap for the 3 time in 4 seasons, while Tyler Betts faces some stiff competition in a quest to have his name on the Organics & Glass Late Model championship trophy for the first time.

“There will be a lot going-on all night. Our scorers and officials will have their calculators and computers working overtime to figure-out the results,” said Peterborough Speedway’s owner/promoter J.P. Josiasse. “Winning a track championship is already an impressive honour, but taking the title during the 50th Anniversary Season will be quite an accomplishment.”

To wrap-up the 2017 regular season – Saturday, September 2nd – pit gates will open at 1:00 with the spectator grandstands unlocked at 3:00 and the first green flag set for 5:00. In addition to the regular night’s program of qualifying heats and feature events, each of Peterborough Speedway’s weekly racing divisions will run an exciting Top 10 Shootout.