Central Ontario’s most anticipated late season motorsports experience is coming-up faster than a last lap pass for the checkered flag. The 27th annual edition of the Autumn Colours Classic – presented by Lucas Oil Products and Pure Country 105 – kicks-off Friday, October 11th at Peterborough Speedway and the next group of winners is waiting in the wings for a chance to show their stuff. With close to 10 different classes in action over the 3-day Thanksgiving weekend, the tight, tricky bullring on Mount Pleasant Road has everything you’re looking for. 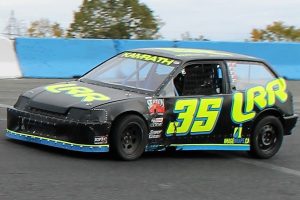 Andy Kamrath has learned a thing or 2 during his starts at the Autumn Colours Classic. Running the event in the Late Model, Pro Late and Mini Stock divisions since 2009, he managed to take home Mini Stock wins in 2014, 2016 and 2018. This year – the 30-year-old from Innisfil, Ontario – will throw his hat into the ring with the OSCAAR Modified and Jiffy Lube Mini Stock classes. He says the key to a strong performance is to stay relaxed.

“To prepare for the race, the biggest thing we focus on is long distance speed and make sure we’re quick enough to qualify near the front of the field,” said Kamrath. “I try to look at this show like any other invitational going in. Keep it calm and just get out of it what I can. Putting too much pressure on yourself can make you overthink things.”

A member of one of the province’s best known racing families, Lane Zardo will step into the crew chief role and turn the driving duties over to his 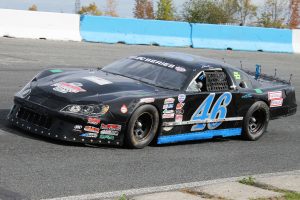 brother Billy for this year’s Autumn Colours Classic. The duo has teamed-up to field the family-owned Limited Late Model in the Electric City 167.

“We did a lot of travelling this year and didn’t run for points at any specific track,” said the 26-year-old from Brampton, Ontario. “I expect to be the best I can at every show. At Peterborough, anything can happen and with it being such a big event, there is always a lot of talent in the field. I think we have what it takes to run up front and compete with the top dogs. With a bit of racing luck, I think we can do it.” 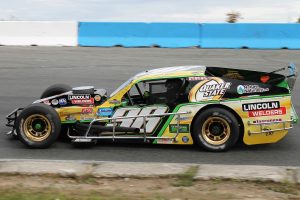 Canada’s Ironman Gary Elliott – who hasn’t missed a scheduled race since 1987 – delayed his planned move to the Maritimes so he can race his Modified at late season event. Currently 7th in the OSCAAR standings, Elliott says he’d like to put an Autumn Colours title on his resume before returning to his home province of Nova Scotia.

“The hotel rooms have been booked and I’ve gone through my pre-race checklist. I think we’re ready,” Gary Elliott said. “As far as prep is concerned, the only thing I’m concerned about is the weather. I’m not a big fan of the cold, but my car loves it and usually runs strong. Peterborough Speedway is a small track, but very fast and produces a lot of excitement. Makes for a lot of fun.”

Even though his 2019 program was limited to about a handful of starts, including a pair of APC Pro Late Model runs, James Horner says he’s excited 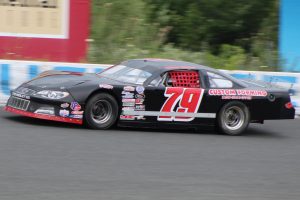 “I’ll be approaching this show like I would any other Saturday night race,” said the 21-year-old from Fraserville, Ontario. “Other than the July 27th event this year, its been almost 2 years since I’ve raced at Peterborough Speedway, so I’m looking forward to getting our car back on the track and see what we can bring to the table in one of the season’s biggest events.”

Everything gets underway Friday, October 11th with pre-race tech and rotating practice sessions, followed by the first rounds of qualifying. Find the full event schedule for the 27th annual Autumn Colours Classic – presented by Lucas Oil Products and Pure Country 105 – by visiting www.peterboroughspeedway.com.