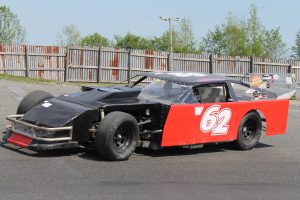 Its been one of the best seasons on record for fans, drivers and teams with the Ontario Modifieds Racing Series, powered by Torque Builders Inc. Lap after lap, race after race, the exciting open-wheeled tour has turned heads with exciting action, solid car counts and a string of first time main event winners that would be the envy of any travelling group. Rick Warnes – who along with Bill Pickford and Randy Hollingsworth make up the team of OMRS officials – says its been an amazing year.

“We got off to an incredible start with first time winners in our first 5 shows,” Warnes said. “With Connor James taking the checkered flag at Flamboro on August 5th, that number now stands at 6 in 8 races. Brad Stevenson and Mark Gordon are the only drivers to earn a second trip to victory lane this season.”

Warnes says the next event on the schedule – Saturday, August 19th – at Peterborough Speedway, which will be the first of back-to-back OMRS dates on the schedule, will have a number of drivers looking to pick-up their first win of 2017. Former series champions including John Baker Jr. and Rob Warnes will be chasing a win, along with every other driver in the starting field. The pilot of the #90 machine admits that his own name would make that same list.

“We’re all doing our homework prior to every event, but sometimes picking-up a win can be a matter of being in the right place at the right time. We’ve built an exciting brand since the series began and will continue the trend throughout the remaining events of the 2017 season.”