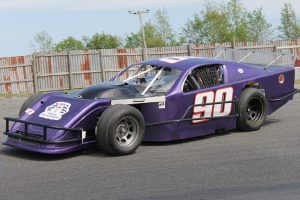 They’re called ‘racers’, but anyone turning a lap at a track anywhere in the province wants to be known by a different name. ‘Winner’.

From the first green flag of the 2017 season, the Ontario Modifieds Racing Series – powered by Torque Builders Inc. – has made headlines. Not just for the number of winners at the events on the tour, but for the winners who’ve claimed their first career checkered flags. Heading into the next stop on the schedule – Saturday, July 15th at Peterborough Speedway – the series has had 5 different first-time main event winners in as many starts. Randy Hollingsworth – who along with Rick Warnes and Bill Pickford make-up the team of OMRS officials – says it’s a stat that has been creating a huge buzz in the racing community.

“Since the series began, our goal has been to provide an entertaining, highly competitive tour, while keeping costs under control for our teams,” Hollingsworth said. A quick look at the point standings so far this year says we’re heading in the right direction. We have different drivers who have yet to win a race, but are still within 45 points of top spot in the standings. And there are a couple of former champions in the roster who are still looking for a main event win. Our teams are putting a great product on the track, wherever we race.”

Duane Cinnamon – a former runner with what is now the Eastern Ontario Legends Series – got the ball rolling by winning the season opener Saturday, May 20th at Sunset. Brad Stevenson, Mark Gordon and Linc Brown scored Peterborough Speedway victories on May 27th, June 10th and June 24th, respectively. The most recent first-timer was Stu Robinson Jr., who claimed the Canada Day Special – Saturday, July 1st – at Flamboro Speedway.