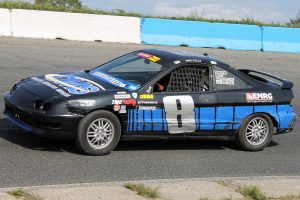 The provincial motorsports community is a unique brotherhood. Everyone who takes the green flag wants to win, but unlike the typical stick and ball sports, they’re also usually pleased when someone else does. Its almost like the pit area at your hometown raceway is made-up with one, big happy family. With the 25th edition of Peterborough Speedway’s Autumn Colours Classic just around the corner, the family attitude is set to continue.

Brothers Cayden and Treyten Lapcevich come from a rich motorsports lineage. At 17 and 13 years of age respectively, they’ve already taken huge steps toward proving themselves on the race track. Cayden scored a Thunder Car victory at the 2015 Autumn Colours Classic and a year later, claimed the NASCAR Pinty’s Series championship. Treyten was a regular on the APC Pro Late Model tour, where he finished 9th in the final point standings and was also named rookie of the year. Jeff Lapcevich – the boy’s father – says that while things haven’t been confirmed, its likely that Treyton will run the family-owned Thunder Car, while Cayden – who won this year’s Pinty’s Series finale – will take over the Pro Late Model at Autumn Colours.

Peterborough Speedway’s 2017 regular season was like a dream come true for Jeremy and Jake Kelly. 30 year-old Jeremy Kelly – who works as an independent filmmaker – scored his second of back-to-back track championship in the Battlefield Equipment Rental 4Fun division, while Jake – one year his brother’s junior – picked-up his first career feature event victory. The Kelly brothers – who always bring a strong contingent of family and friends to the track – will be looking to add an Autumn Colours Classic trophy to their list of impressive statistics.

After struggling during the early stages of the recently concluded campaign, Brandon Feeney eventually found his rhythm during the first season of 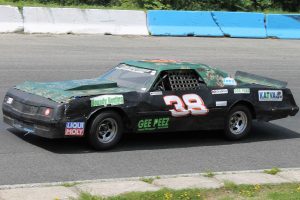 his Thunder Car career and finished 10th in the final standings. The 28 year-old driver from Orono, Ontario will be back for another start in Ontario’s premier auto racing event; but his first in the new division. This year, he’ll be joined by his father Mike, who’ll wheel his son’s former 4Fun machine in his first ever Autumn Colours Classic start.

The curtain is about to rise on the silver anniversary of the Autumn Colours Classic – presented by Lucas Oil Products – at Peterborough Speedway. Action gets underway Friday, October 6th with the opening round of qualifying for the Battlefield Equipment Rental 4Fun, Jiffy Lube Mini Stock, Thunder Car, Organics & Glass Late Model, Pro Late Model and OSCAAR Modified divisions. The Mini Stock and Thunder Car Young Guns races – sponsored by APC – will also be part of the first night’s program. Pit gates open at 10:00, with the spectator grandstands unlocked at 5:00 and racing getting underway at 6:00.

Full schedule details are available anytime, by selecting the ‘Autumn Colours’ tab at www.peterboroughspeedway.com, liking the track’s page at www.facebook.com or following it on Twitter.