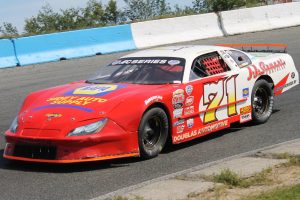 Racing’s biggest events create the most excitement and officials at Peterborough Speedway have created the biggest buzz of the 2018 season with the announcement of the inaugural running of the Electric City 167. A combined event for Late Model and Pro Late Model teams, the spectacular event – to be staged during the 26th edition of the Autumn Colours Classic – has a guaranteed payday of $5000 to the winner, plus another $4175 in potential lap sponsorship up for grabs.

“Recent developments in the Limited Late Model rules have moved those cars closer to the provincial Pro Late Model package and we thought the timing was right for a big money event that combined the 2 popular Late Model divisions,” said track owner/promoter J.P. Josiasse.

While the famed Autumn Colours weekend was already a marquee event in its own right, it lacked the prestige of a headlining race. The Electric City 167 fits that bill to perfection, while also keeping the racer’s budget in mind. In addition to qualifying through time trials and a last-chance race, the main event will be run on a set of 4 tires for the 167-lap distance, with drivers allowed to utilize tires used in practice in the event of a flat.

The Electric City 167 pays homage to Peterborough’s storied past as home to General Electric for the last 125 years, while also reflecting on 1967, the year Peterborough Speedway was built. In addition to Peterborough being the first city in Canada to have electric street lights, G.E. established itself in 1892 and remained a major employer in the region, with a workforce of 6,000 at its peak.

While the rules package for the Electric City 167 has yet to be finalized, Peterborough Speedway officials are determined to ensure a level playing field for racers with either type of Late Model equipment, creating the largest change to the Autumn Colours Classic since the show became a 3-day event in 2008.