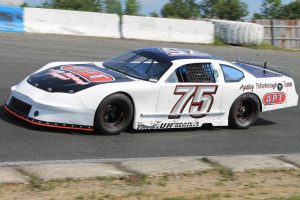 “Everyone puts in an amazing effort to get ready for this event,” Josiasse said. “Drivers, teams, track officials and fans all look forward to being here for the season-ending show and they deserve nothing but the best from the moment they walk through the gates.”

Over its illustrious history, Autumn Colours has developed a tradition of having teams take their first stab at claiming a checkered flag in one of the year’s biggest shows and the 2018 edition is no exception, as a driver with a steeped history at the venue known as Canada’s Toughest 3rd of a Mile Paved Oval makes his debut. With a resume that includes a U.S. Memorial Day win at Thunder Road in Barre, Vermont, victories in the Oxford 250 and on what is now known as the NASCAR Pinty’s Series, Derek Lynch has filed an entry to make a first career start in the Super Bowl of Stock Car Racing. After a strong regular season in the hometown Late Model division, the Warkworth, Ontario speedster says the timing was right.

“We had a great car throughout the year, so after 36 years in the sport I decided to give it a shot,” Derek Lynch said. “I’m used to the extra distance events, so I think we’re bringing a lot to the table. My career began at Peterborough Speedway when I was just 15 years old, so along with my team, family, friends and our sponsors, I’m looking forward to being part of such a prestigious event.”

This year’s edition of the Autumn Colours Classic gets underway Friday, October 5th with the first round of qualifying for the Battlefield Equipment Rental Bone Stock, Jiffy Lube Mini Stock, Super Stock, Trailers Plus Ontario Legend and Modified divisions. Also on the agenda will be the Young Guns Races – presented by APC Auto Parts – for the Mini Stock and Super Stock classes. Pit gates will open at 10:00, with the spectator grandstands unlocked at 5:00. The weekend’s first green flag waves at 6:00.