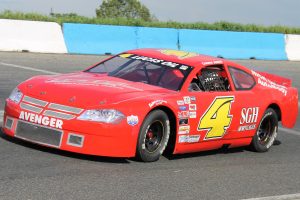 Whether it comes as a weekly runner at the hometown speedway or part of a provincial touring series, a young racer’s first taste of success can be especially satisfying. Connor James enjoyed the flavour of the meal that became his 2017 season so much that he went back for seconds.

As the year began, the 20 year-old from Bradford, Ontario had plans to follow the Ontario Modifieds Racing Series schedule. Within a couple of weeks of running the OMRS season opener at Peterborough Speedway, the young upstart picked-up a ride in the family-owned Lucas Oil Sportsman Cup Series ride and his adventure began.

‘It was great experience, with plenty of opportunities to learn some more about each car,” said Connor James, who ran a limited schedule on the popular open wheeled tour in 2016. “Luckily, there weren’t any conflicts that caused me to miss a show with either series. I’m fortunate to have been given such a great break and wanted to make the best of the experience.”

Before the season was over, James had scored his first career Ontario Modifieds Series main event win at Flamboro Speedway and picked-up his first-ever win in the Lucas Oil Sportsman Cup at the same track. When the overall points were tallied, the #4 machine was 3rd in the final OMRS standings and finished in the runner-up spot overall with the Lucas Oil Sportsman Cup tour. The former Junior Late Model and Mini Stock racer was named rookie of the year with both series. 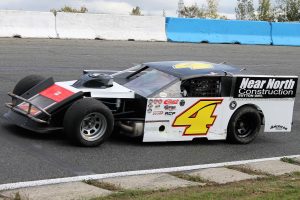 “I’ve been very lucky to have the support of my parents and a great team to guide me throughout my career,” admitted the driver. “To be able to draw from the experience and guidance of drivers like Stu Robinson Jr. and Donny Beatty has been a big help. I also owe a huge vote of thanks to my family and friends for their encouragement behind the scenes and at the track.”

At Peterborough Speedway’s 25th annual Autumn Colours Classic, the RJR team made arrangements to their youthful hard-charger in the field for his maiden voyage in a Pro Late Model machine. James started the 117-lap main event in 5th place, but cut a tire while working through traffic. After a pit stop, he rejoined the field and in the closing stages of the race, the #4 machine was running just a tick off the leader’s pace, before scoring a 9th place finish. The crew also reworked their OMRS machine to run the 50-lap feature with the OSCAAR Modifieds, crossing the line 9th at the checkered flag.

Before announcing their plans for a new calendar of action, the Robert James Racing drivers would like to thank sponsors WIX Filters, Speedy Auto Machine, Bourque Transmissions, Nick Oram Auto Body, SGH Mortgages, Near North Construction and Clarke Motorsports Communications for their support during the 2017 season.